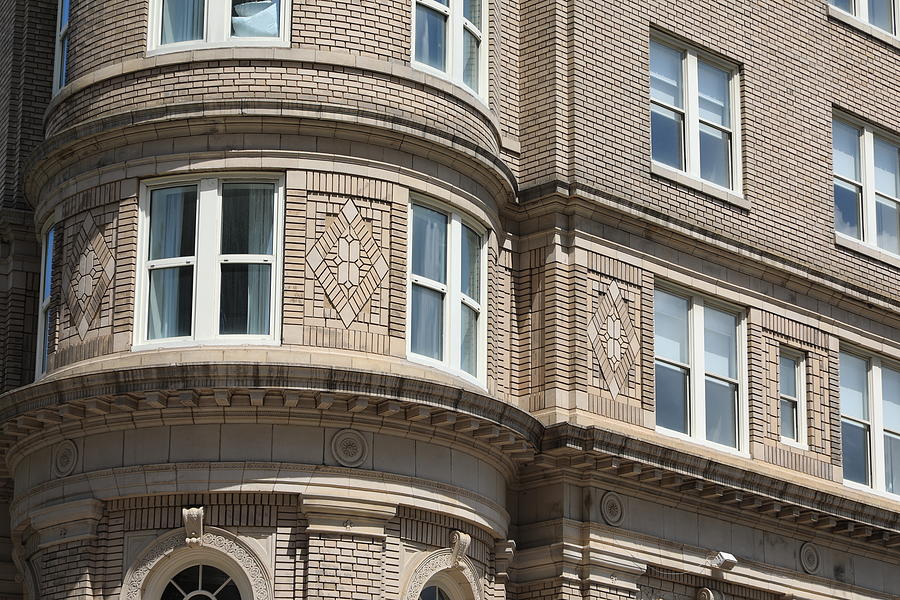 The Georgian Terrace Hotel in Midtown Atlanta, is part of the Fox Theater Historic District. The Beaux-Arts style hotel was opened on 1911 and was designed to conform to Atlanta's early trolley rail lines that met at the corner of Peachtree St. and Ponce de Leon Ave. At a cost of $500,000, the hotel was built of butter-colored brick, marble, and limestone as the Southern interpretation of the Parisian hotel. The hotel features classical architectural details, such as turreted corners, floor-to-ceiling Palladian-style windows, and wide wrap-around columned terraces.
The inside of the hotel was decorated with crystal and Italian-bronze chandeliers, white marble columns, ornate pilasters, paneled walls, elliptical staircases, and Italian-tiles floors.
Since its opening the hotel has been the place for numerous historical events and housed several prominent guests. In 1920, Arthur Murray, a student at Georgia Tech, started teaching dance classes in the Grand Ballroom. This was the beginning of the famous Arthur Murray Dance Studios around the nation.
In 1939, the hotel was the site of the Gone with the Wind Gala, celebrating the premier of that renowned film. Most of the stars of that movie stayed at the Georgian Terrace Hotel.
Over the following decades the Georgian Terrace has undergone several changes including a decline in the 1980's. However, following major renovations in the early 21st century, the Georgian Terrace Hotel has returned to prominence.