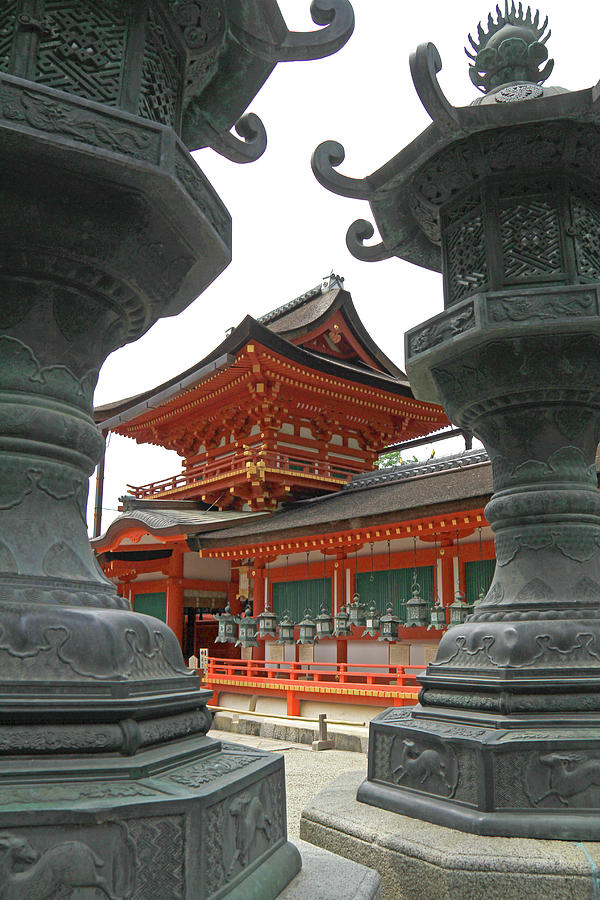 The Kasuga Taisha Shrine in Nara, Japan, was built by a lord the powerful Fujiwara clan in 768. Kasuga Taisha is renowned for being the finest example of Kasuga-zukuri style of architecture, which dates back to the early 8th century. It incorporates Chinese-style roofs and red, gold and vermillion decoration. A sloping roof gently extended over the front of the building also identifies structures of this style.
Over 3000 lanterns line the pathway going to the main building and the main building itself. The area is then known for its lantern festival called Mandoro, which is held twice a year, in February and in August. The path to Kasuga Taisha passes through Nara Park, where sacred deer roam freely. The deer are believed to be messengers of the Shinto gods that inhabit the shrine and the terrain around it.
There is also a path leading away from the shrine containing 2000 stone lanterns, which are said to greet the spirits of the dead.
The Kasuga Taisha Shrine is truly one of the finest Shinto landmarks in Japan. The shrine is registered as a UNESCO World Heritage Site.

Congratulations - Your beautiful artwork has been featured in the "Travel Art" group! For further promotion, you can post it to the specific Travel Destinations galleries, our Facebook group and our Pinterest board - all the links are provided on our group's homepage: https://fineartamerica.com/groups/1-travel-art.html * * Want to be on our group's blog: travelartpix.com? Check the group's homepage for details!