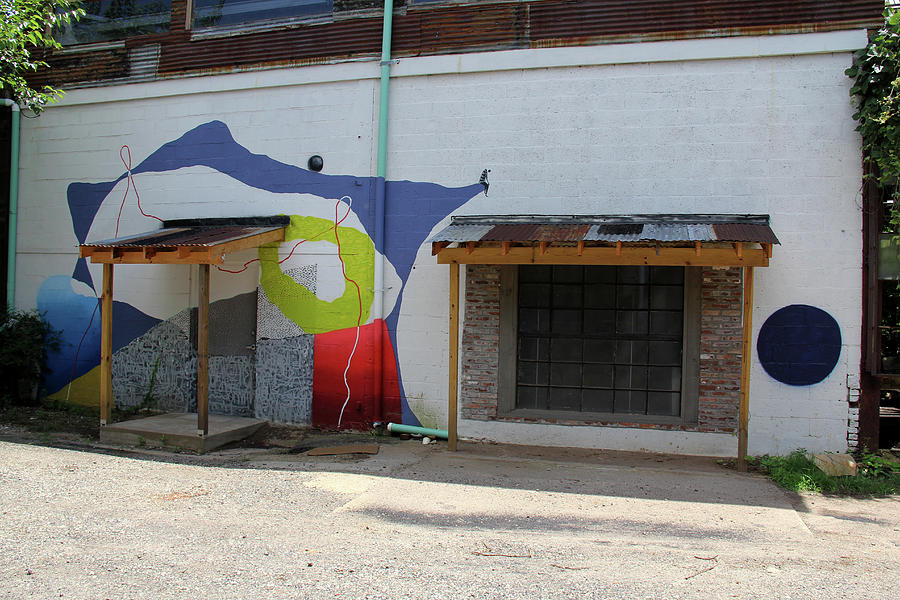 The Atlanta Goat Farm Arts Center is a visual and performing arts center located in West Midtown Atlanta, Georgia. Originally built in the 1880's, the original industrial complex specialized in cotton-related operations and won awards at international expositions and state fairs. The complex was sold in 1912, and produced ammunition and mortars during World War II. In 2010, the property was again sold, this time to a company that specialized in renovating historic properties. The new owner made the decision too develop the site into a Center for Visual and Performing Arts. The large industrial buildings have been divided into individual spaces for artists to pursue their crafts. However, the exterior, minus some roofs, windows and other original construction, remains virtually the same as it was in the beginning. The term "Goat Farm" comes from the story that, while the complex was abandoned for some time it was used to house goats. The image pictured here is one of the exterior artist's studios.

It is my pleasure to inform you that your AWESOME photo is FEATURED on the HOMEPAGE OF "SHOWCASING THE SOUTH GROUP"! L Please add the photo to the 2022 “FEATURED IMAGE ARCHIVE THREAD.” Thank you for participating in the group.