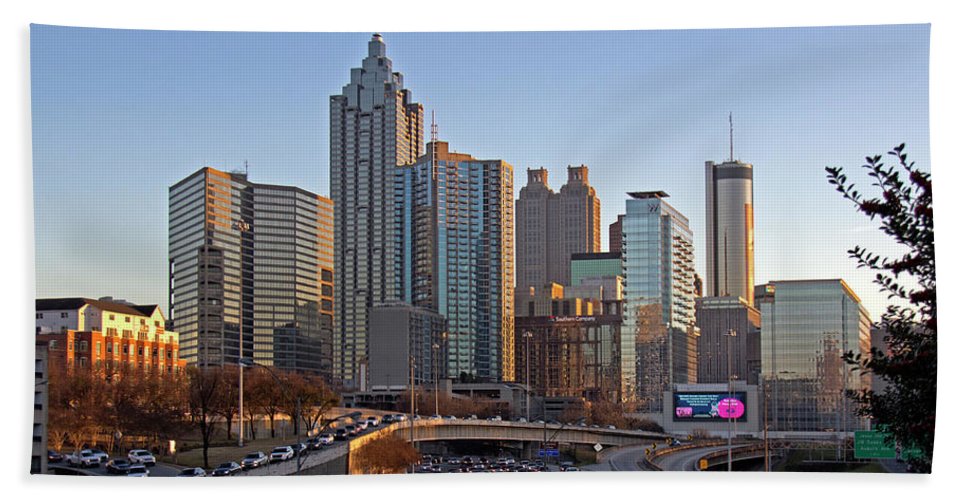 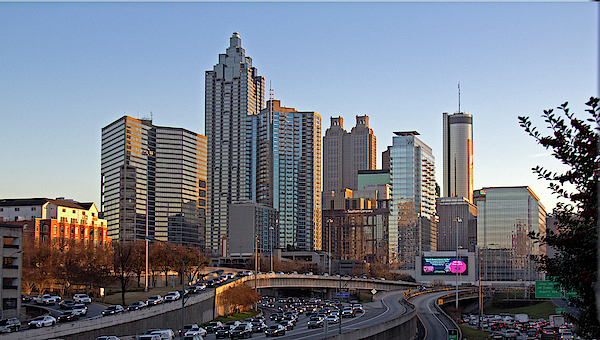 Decorate your bathroom and dry yourself off with our luxuriously soft bath towels and hand towels.   Our towels are made from brushed microfiber with a 100% cotton back for extra absorption.   The top of the towel has the image printed on it, and the back is white cotton.   Available in three different sizes: hand towel, bath towel, and bath sheet.

Atlanta, Georgia, is the capital and largest city in Georgia. The metropolitan area is approximately 70 mi. north to south and 50 mi. east to west. ... more

It is my pleasure to inform you that your AWESOME photo is FEATURED on the HOMEPAGE OF "SHOWCASING THE SOUTH GROUP"! L Please add the photo to the 2020 “FEATURED IMAGE ARCHIVE THREAD.”

Thank you, Carole, for featuring this image in World Landscape Lovers of Art on Fine Art America.

Atlanta, Georgia, is the capital and largest city in Georgia. The metropolitan area is approximately 70 mi. north to south and 50 mi. east to west. The 20 county metro Atlanta area boasts a population of around 5,500,000 people, making it the ninth most populous metro area in the USA. Atlanta is home to the NFL Falcons, NBA Hawks and National Baseball league Braves. The city is home to numerous universities. Two of the most nationally recognized are Georgia Tech(The Georgia Institute of Technology) and Emory University. The city is the financial capital of the South, offers a thriving night life and a major music scene. The metro area is one of the most beautiful in the USA. The area has rolling hills and millions of trees. Atlanta claims to be the most heavily forested city in America. The area is multi-cultural and offers a vast variety of dining choices. Atlanta has become a haven for young, educated adults because of its strong economy and many job opportunities.