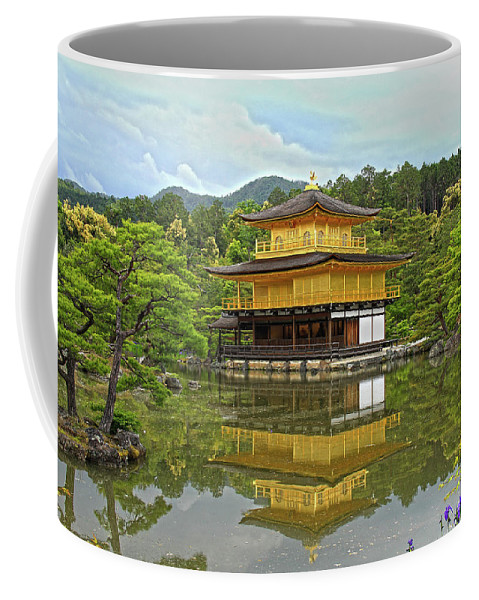 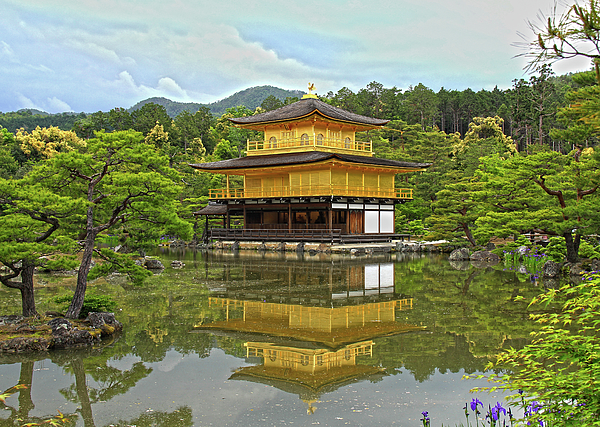 Our ceramic coffee mugs are available in two sizes: 11 oz. and 15 oz. Each mug is dishwasher and microwave safe.

The Golden Pavilion, officially known as the Kinkaku-ji Temple is an absolutely gorgeous structure built on a tiny island in the middle of a pond on... more

Thank you, Beverly. I was very fortunate to get this when the water was flat and gave a great reflection.

Thank you, Carole, For featuring this image in World Landscape Lovers of Art on Fine Art America.

The Golden Pavilion, officially known as the Kinkaku-ji Temple is an absolutely gorgeous structure built on a tiny island in the middle of a pond on the grounds of the larger temple complex known as the Rokuon-ji temple, in Kyoto, Japan. It is one of the most unique temples in Japan and probably the most photographed because of its unusual golden color. The temple was originally built around 1400 and was the family villa of the Saionji family. The temple was burned down in 1950; the present structure dates from 1955. The temple has three floors. The bottom floor is made of white plaster and unpainted wood beams. The second and third floors are covered in stunning gold leaf, which makes the temple so unique. It is definitely one of the "must-see" sights in all of Japan. The Golden Pavilion is also listed as a UNESCO World Heritage Site.