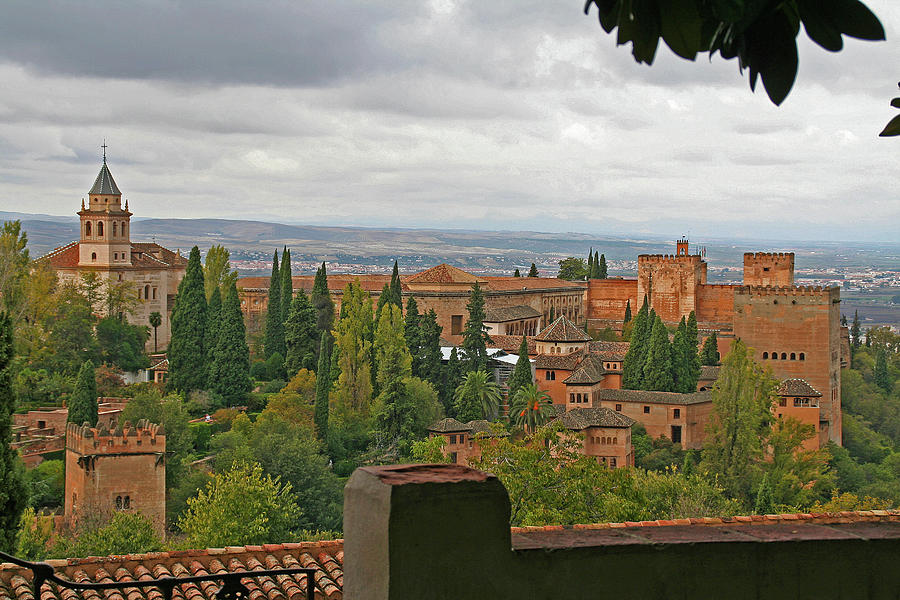 The Alhambra is a palace and fortress complex located in Granada, Spain. It was originally constructed as a small fortress in 889 AD on the remains of Roman fortifications and then renovated and rebuilt into a royal palace in 1333. Later, it became the Royal Court of Ferdinand and Isabella and subsequently fell into disrepair until it was rediscovered in he 16th century. It is now one of Spain's major tourist attractions and is a UNESCO World Heritage Site.

BRAVO! Your excellent artwork has earned a FEATURE on the homepage of the FAA Artist Group No Place Like Home, 2/17/2019! You may also post it in the Group's Features discussion thread and any other thread that fits!

Congratulations - Your beautiful picture has been featured in the "Travel Art" group! For further promotion, you can post it to the specific Travel Destinations galleries, our Facebook group and our Pinterest board - all the links are provided on our group's homepage: https://fineartamerica.com/groups/1-travel-art.html * You are also invited to post it to our group's blog: travelartpix.com for worldwide exposure!

Thank you, Nisah, for featuring this image on UNESCO World Heritage Sites.

Thank you, Judy, for featuring this image in USA Photographers ONLY.