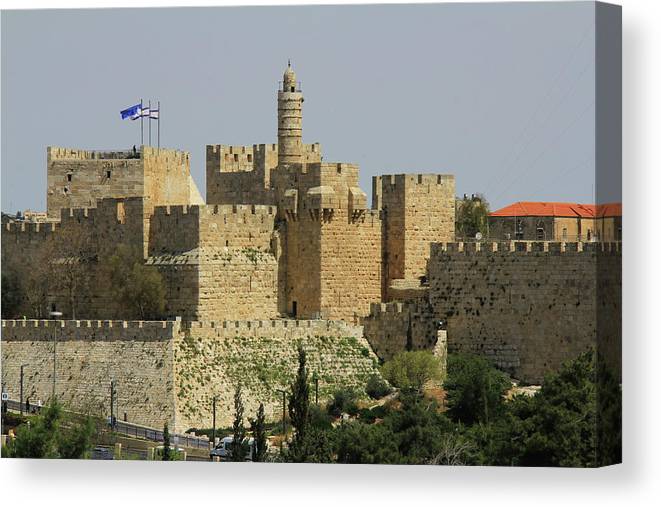 Jerusalem, Israel - City of David canvas print by Richard Krebs.   Bring your artwork to life with the texture and depth of a stretched canvas print. Your image gets printed onto one of our premium canvases and then stretched on a wooden frame of 1.5" x 1.5" stretcher bars (gallery wrap) or 5/8" x 5/8" stretcher bars (museum wrap). Your canvas print will be delivered to you "ready to hang" with pre-attached hanging wire, mounting hooks, and nails.

The City of David occupies the western and southwestern corners of the Old City of Jerusalem, Israel. It's history is long and complicated, but... more

Thank you, Nisah, for featuring this image in UNESCO World Heritage Sites.

CONGRATULATIONS! It is my great pleasure to FEATURE your amazing artwork on the homepage of the Artist Group No Place Like Home, 2/08/2019! You are invited to post it in the Group's Features Discussion thread for posterity or any other thread that fits!

The City of David occupies the western and southwestern corners of the Old City of Jerusalem, Israel. It's history is long and complicated, but suffice it to say, it was built, rebuilt and occupied by numerous groups and armies beginning around the 2nd Century B.C. When Herod became King he added to the original construction and made it into one of his magnificent palaces. Today, it has been restored into its original concept and is one of the must-see sites in Jerusalem. The Old City walls have been designated as a UNESCO World Heritage Site.