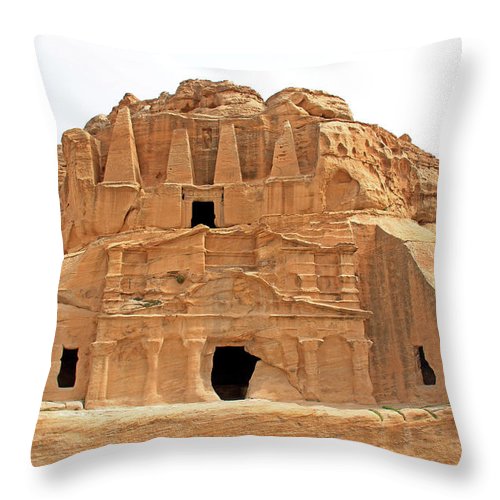 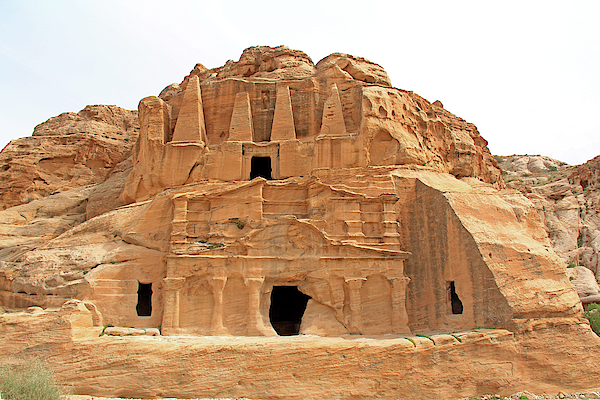 Our throw pillows are made from 100% spun polyester poplin fabric and add a stylish statement to any room. Pillows are available in sizes from 14" x 14" up to 26" x 26". Each pillow is printed on both sides (same image) and includes a concealed zipper and removable insert (if selected) for easy cleaning.

Petra, Jordan, the "Rose City" is a honeycomb of hand carved caves, temples, and tombs carved from pink sandstone in the high desert of Jordan some 2000 years ago. Little is known about the lost civilization that created this remarkable city; however they were known as the Nabateans, a nomadic desert people whose kingdom rose from these cliffs and whose incredible wealth grew from the lucrative incense trade. The Romans arrived in 63 B.C. and added much to the size of the city, including one of their trademark theaters. One of the remarkable phenomena of Petra was its intricate water system that supported some 30,000 residents. Petra was named a UNESCO World Heritage Site in 1985.