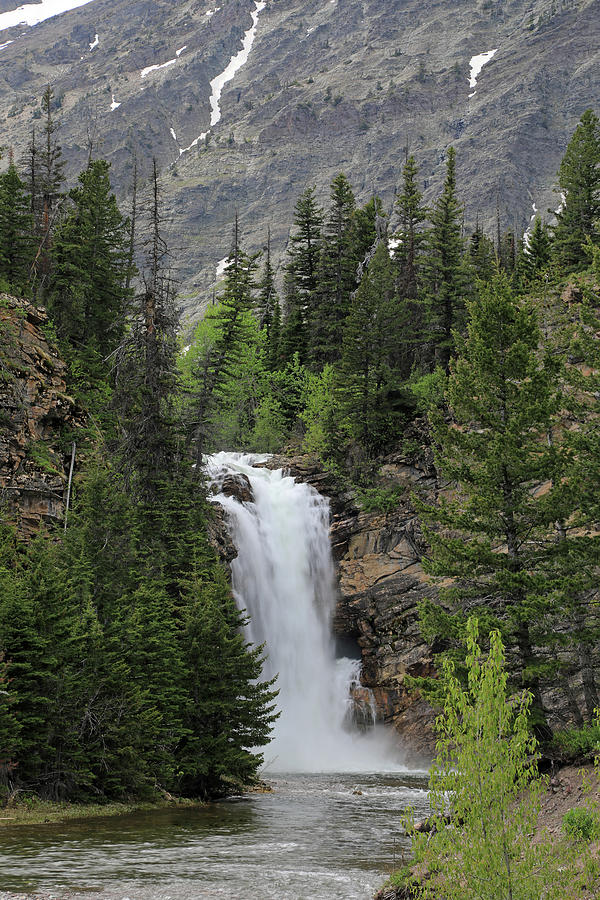 Running Eagle Falls is situated on the entrance road to Two Medicine Lake in Glacier National Park. The .3 mi flat trail makes access to this waterfall easy and once the visitor arrives at the creek at the lower end of the falls he is treated to a clean, visually inviting waterfall. Running Eagle is actually two falls, the upper one obscuring the lower one during the spring snow melt season. In this image one can barely see the lower falls due to the heavy flow from the upper falls. The waterfall is named for Pitamakan, or Running Eagle, a female warrior of the Blackfeet Nation in the early 1700's. The pristine waterfall enjoys a backdrop of the 9513 foot Rising Wolf Mountain.