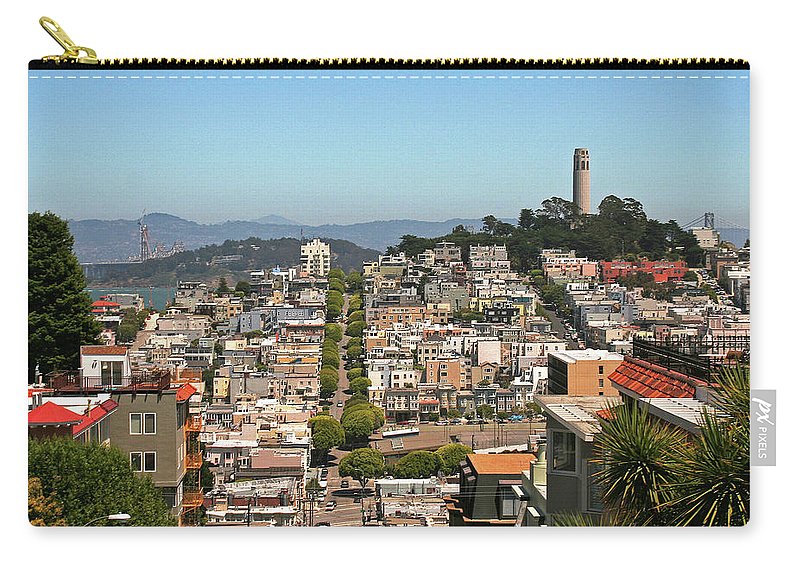 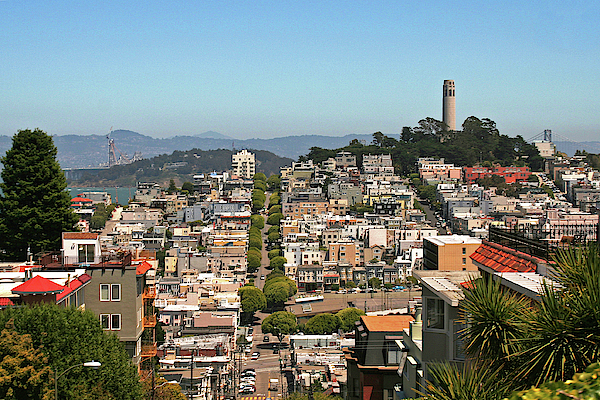 Dress it up, dress it down, or use it to stay organized while you're on the go.   Our carry-all pouches can do it all.   They're crafted with 100% poly-poplin fabric, double-stitched at the seams for extra durability, and include a durable metal zipper for securing your valuables.

Our carry-all pouches are available in three different sizes and with two different bottom styles: regular and t-bottom.

Telegraph Hill is one of the 44 hills in San Francisco, and one of its original Seven Hills. It is located in the northeastern end of the city... more

Spot clean or dry clean only.

Nice! My old apartment is in your photo. :)

Thank you, Jenny, for featuring this image in the FAA No Place Like Home group.

CONGRATULATIONS! It is my great pleasure to FEATURE your remarkable artwork on the homepage of the Artist Group No Place Like Home, 7/18/2019! You are invited to post it in the Group's Features Discussion thread for posterity or any other thread that fits!

Thank you, Frozen in Time, for featuring this image on Your Very Best Photography on FAA.

Telegraph Hill is one of the 44 hills in San Francisco, and one of its original "Seven Hills". It is located in the northeastern end of the city bounded by Vallejo St., Sansome St., Francisco St., and Powell and Columbus St. Originally used to alert local business people about incoming ships through the Golden Gate, it later became a fashionable residential area. The structure on top of the hill is the Coit Tower, built in 1932-33. The 210 foot art deco tower was dedicated to the volunteer firefighters who died in San Francisco's five major fires.