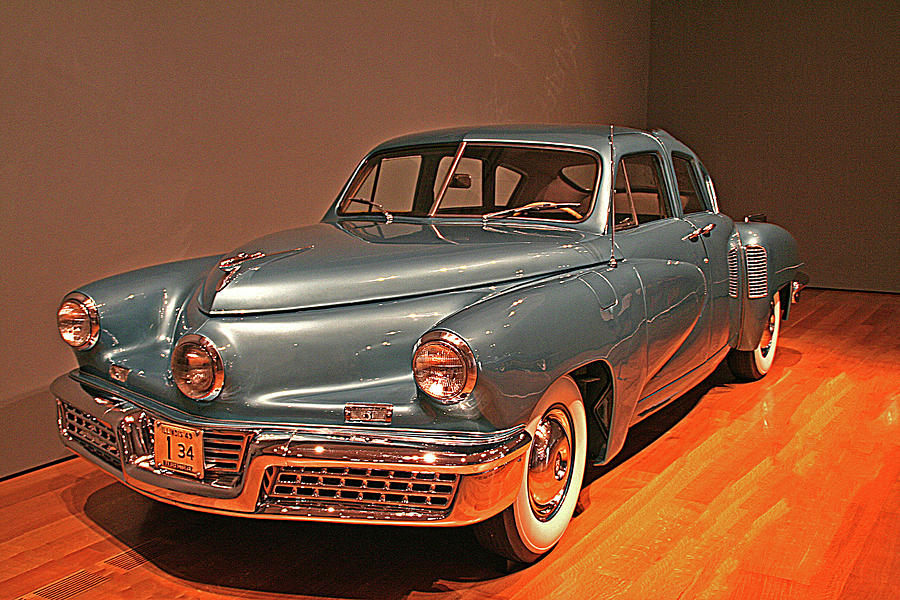 The Tucker Torpedo was an automobile conceived by Preston Tucker while in Ypsilanti, Michigan and briefly produced in Chicago. Only 51 of these cars were produced before the company was forced to declare bankruptcy. The original sales price of the car was $4000. In a nationally televised television show featuring the car in 2011 its value was estimated at $1,200,000.

We saw one of these years ago in Minneapolis; I thought then and now it is a beautiful car!