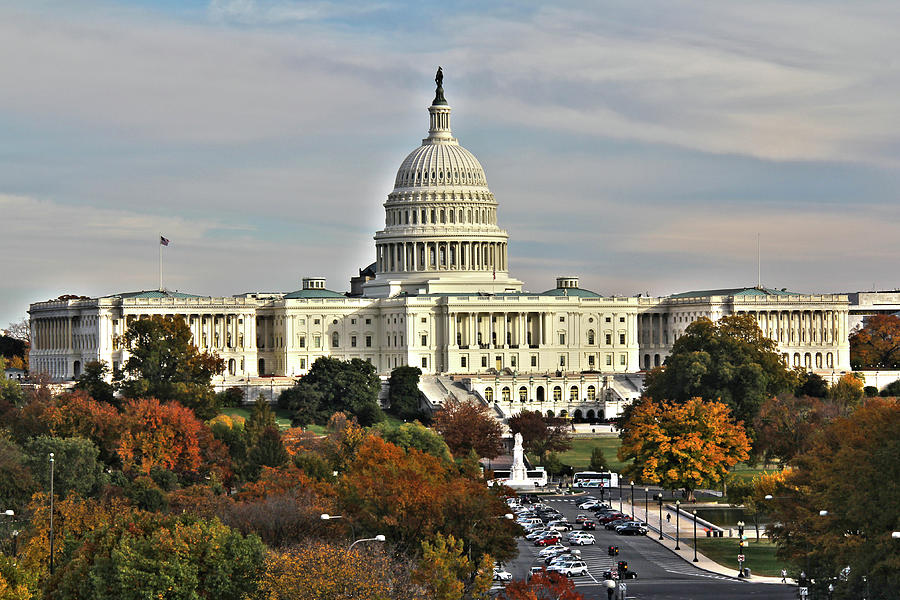 The United States Capitol Building in Washington, D.C. is the seat of the Legislative Branch of the United States Federal Government. It houses the U.S. House of Representatives and the U. S. Senate, both bodies which are elected by the 50 U.S. states. The original building was completed in 1800 and was expanded later. It is built in the distinctive neoclassical style with a with a white exterior. It is located at the eastern end of the National Mall.

Congratulations on your Homepage Feature!

Richard, this is one of the best photos I have seen of the US Capitol. Great fall colors and lighting. Love your POV! l/fave