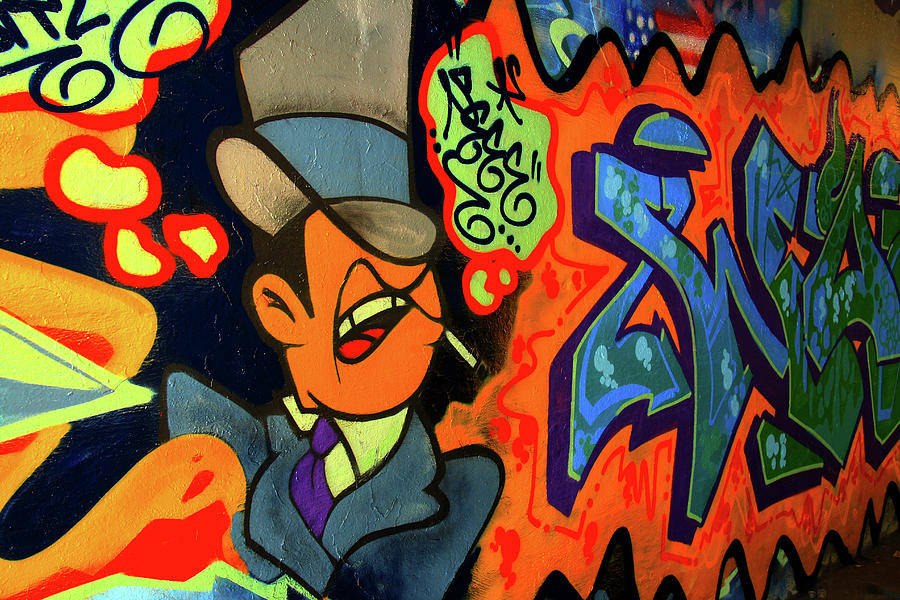 Urban art on random store on random street in east Atlanta, Georgia. This type of art may be seen on many buildings in many American cities.
Street art is a form of artwork that is displayed in public on surrounding buildings, on streets, trains, and on other publicly viewed surfaces. Some is in the form of guerrilla art, which is intended to make a personal statement while others are in the form of messages or just beauty to an audience. Some artists may use urban art as a way to raise awareness of social or political issues, whereas other artists use urban space as an opportunity to display personal artwork.
Urban street art originated in the 1970's in New York City, but has since spread to almost all major American cities.

What a great find and capture! I need to roam Atlanta downtown more! l/f

Thank you, Kay. Atlanta has many hundreds of wall murals all over the city. Trying to find them is an adventure.