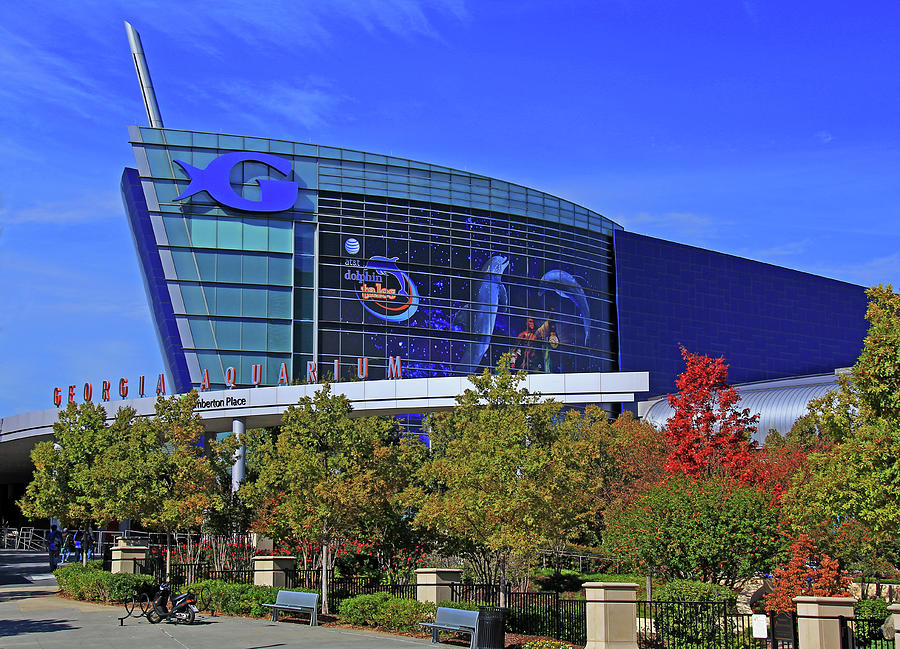 The Georgia Aquarium is a public aquarium in Atlanta, Georgia, USA. When it opened in 2005 it was the largest aquarium in the world; it is currently the third largest, behind Marine Life Park in Singapore and Chimelong Ocean Kingdom in China. A $250 million donation form one of Atlanta's largest philanthropists provided the bulk of the funding for the aquarium.
The Georgia Aquarium is home to hundreds of species and thousands of animals across its seven major galleries, all of which reside in more than 10 million gallons of fresh and salt water. One of the aquarium's special features is a $100 million addition housing a collection of various species of sharks. Also, the Aquarium features a special dolphin exhibit. In addition, the Aquarium features a 16,400 square foot banquet hall and a large food court.
The Georgia Aquarium is located in downtown Atlanta, adjacent to Centennial Olympic Park on land donated by the Coca Cola Company. It is a must-see attraction to anyone visiting Atlanta.

CONGRATULATIONS your EXCEPTIONAL image has been FEATURED on the HOME PAGE of SHOWCASING THE SOUTH GROUP. Please add this to the discussion 2021 “FEATURED IMAGE ARCHIVE THREAD.” L Thank you for participating in the group.