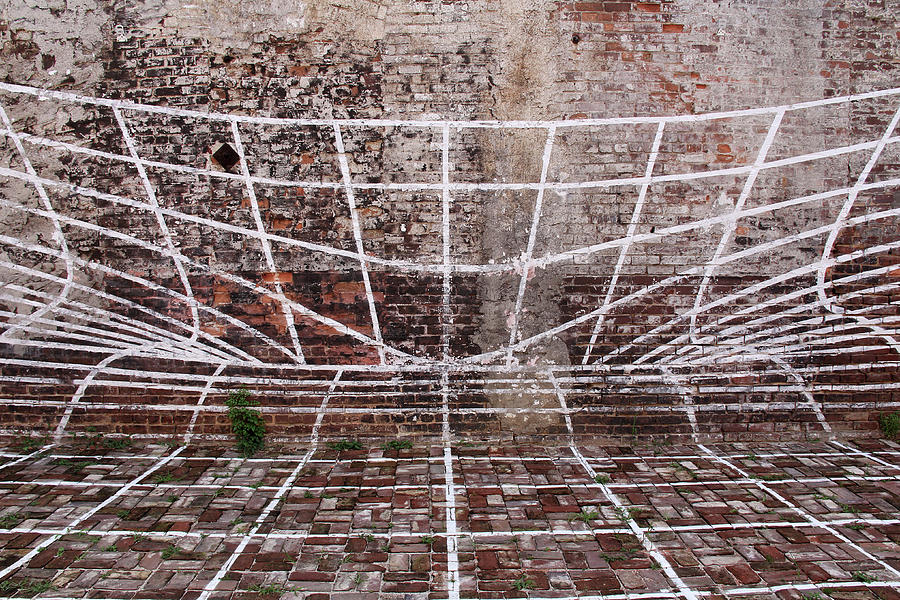 Built in the 1880's the Atlanta Goat Farm was originally used in the manufacture of cotton products and contains, today, many of the original machines that were used at the time. The property is located in west midtown Atlanta; it has had several owners over the decades and there have been several plans to redevelop, transform and reuse the original buildings. After many starts and stops the current owner decided in 2009, to dedicate the site into a Center for the Visual and Performing Arts. Some of the building space has been partitioned into studios for various creative arts. This exterior wall was painted into a "funky" series of lines by one of the artists at the center. It is an example of modern graffiti urban art.